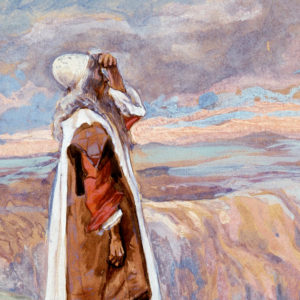 The Rise of Modern Zionism. We’ll look at the “Fathers” who envisioned a Jewish homeland for our people, and the struggles they faced. How were the Jewish people regathered to the Land, and where can we find these promises in Scripture.
Israel in Prophecy: Past, Present and Future. If you want to know what’s going on in God’s end time plan for salvation, look no further than Israel. We’ll discuss God’s prophetic timeline for the land and its people, from Genesis through today, and onto the Book of Revelation.
Anti-Zionism. Why does the world hate Israel? We’ll look at efforts by various countries and nations consistently battling to dismantle the Holy Land, including but not limited to, UNWRA and The BDS Movement.
Understanding the Middle-East Conflict. Is Israel really occupying Palestinian land? We’ll discuss the Balfour Declaration, UN Partition Plan, 1967 borders and the “Two-State Solution”
The rise of Mohammed and Islam. What are the origins of Islam, and what does their holy book, the Quran, really say about Israel, Christians and Jews?
Wars Israel has fought since 1948. We’ll look at Israel tumultuous history with its neighbors, and examine key features in the various military conflicts Israel has engaged in, including the focus on Anwar Sadat, Gamel Nassar and others.
The Latest From Israel. As 2018 draws to a close, we’ll look back over the year and examine the major events that have occurred in Israel, including the Embassy move, Jerusalem as Capital, Gaza Protests and more.
History of Messianic Judaism. When did our movement really begin and where is today? We’ll look at the historical trail that brought us to where we are now, and the rise of the Hebrew Christian Movement and why the name was changed to “Messianic Jews”
The Treacherous Three. This class will focus on three doctrinal hindrances to Jewish Evangelism: Replacement theology, Dual Covenant Theology, and Hyper-dispensationalism.
Challenges of the Modern Messianic Movement. In this final session, we’ll look at some of the Doctrinal and practical challenges of our movement. How do we handle our relationship to the Church and mainline synagogues? Why don’t all Messianic groups hold to the same beliefs? What is truly Messianic and what is not? We’ll also look at beliefs such as Two House, Hebrew Roots, One Law, and Sacred Name.

About the instructor:
Rabbi Jack Zimmerman

Rabbi Jack Zimmerman came to faith in Yeshua in 1988. He is both a Pastor and Messianic Rabbi, as well as the Staff Evangelist for Jewish Voice Ministries International.

Prior to ministry, Rabbi Jack was a radio Newscaster and morning show co-host, and worked with ABC TV, the Rolonda Show, and as a stand-up comedian and live audience warm-up host.

As the founding Rabbi of Tree of Life Messianic Congregation in Phoenix, Arizona, Jack shepherds Jewish people and non-Jewish people alike. His heart is to teach that believing Jews and Gentiles are one in Messiah; the wall of partition has come down.

With his background in comedy, he is a well-educated teacher who combines humor as well as great theological depth, in imparting the scriptures. As a Pastor and Rabbi knowledgeable in Hebrew, he understands the Bible from a Roman Greco viewpoint, as well as from its Hebraic origins, and helps everyone understand and see the transition from one to other. He has taught Bible classes throughout the United States, as well as at theological universities in Russia and The Ukraine. Jack also is a frequent guest speaker at conferences and events, and has traveled and taught in more than 40 countries worldwide .

Jack lives in Phoenix, Arizona with his wife Sandie, and their children Jordan, Ryan and Casey.