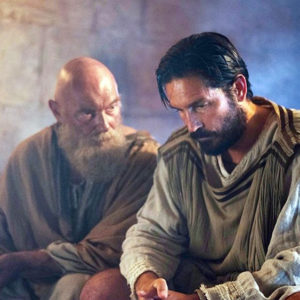 The Book of Acts is known often as the Acts of the Apostles. Yet the Apostles are not the central protagonists of the Book. The Holy Spirit is mentioned more times in Acts than all of Paul’s Epistles and Gospels of Matthew, Mark and John. Acts remains the sacred history of how the Holy Spirit moved the Gospel from Jerusalem to the World.

During this course we will study the Book of Acts, examining the following topics – Nature of Sacred History as the Gospel goes West, Nature of the Holy Spirit during the Second Temple Period, Nature of the Kingdom of Heaven. We will examine the early Messianic Movement as described in Acts, their texts, languages and oral traditions. We will especially note the role of Discipleship in Jewish tradition. We will discuss the debate over boundary issues of Jewish and Gentile followers of Messiah and include the debate on the Jewishness of Luke, the author of Acts. Texts used will include the Book of Acts, the Didache (Teachings of the Apostles), In the Shadow of the Temple by Skarsaunne, Josephus and Encyclopedia Judaica.

About the instructor:
Aaron Eime

Aaron Eime, Deacon and Director of Research and Education at CMJ Jerusalem, Israel will be teaching a Yeshiva course on the Book of Acts, the beginning of the Messianic community in the First Century.
Aaron studied at the Hebrew University in the Master’s Program with a focus on Early Jewish and Christian Interpretation of the Bible.
He studied Psychology and Sociology at Queensland University in Australia and is a dedicated Bible teacher exploring the Hebraic Roots of the Christian Faith. He has taught internationally in Europe, North America, Hong Kong and China. He lives in Jerusalem with his wife and 3 children.