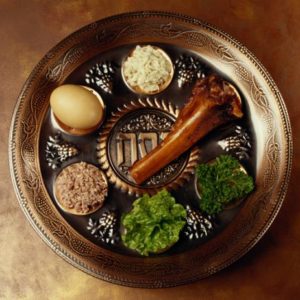 Over the past 1,800 years Satan has deceived and deprived the Church of the Biblical Feasts. The Body of Messiah has drawn many of their traditions from unholy roots and substituted them with holidays that are pagan in origin thus robbing God’s people of great spiritual blessing. As a Messianic Community, part of our vision is to work toward reviving the importance, understanding and the meaning of the Feasts back to the Body of Messiah so we can appreciated and experience the beauty and richness of the feasts. In Leviticus 23 the Lord provided a Biblical Calendar outlining the Feasts of the Lord, in the order in which they are to be observed throughout the year. Moses said in Lev. 23: 1-2 “These are my appointed feasts, the appointed feasts of the Lord, which you are to proclaim as sacred assemblies.” Three times in Leviticus 23:1-4 God emphasizes that these are my appointed Feasts. This is one of the most overlooked points regarding the Feasts. Israel did not establish these feasts to commemorate their achievements. God established them as part of His covenant with Israel. The Feasts of the Lord are not disconnected nor are they unrelated to each other; they are all connected together by the scarlet thread of redemption and the plan of salvation can be seen in each of the Feasts.

There is a fourfold meaning to the Festivals of the Lord: 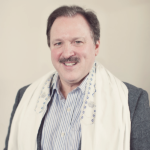 Rabbi Cal Goldberg has been actively involved in ministering to Jewish people since 1976.  In 1984 Can and his wife Jan pioneered Beit Mashiach in Edmonton, the first Messianic Congregation in Western Canada and only the second one in Canada at the time.  in 1994 he moved to Calgary to plant Beth Shechinah and continues to be its current leader.  Cal graduated from NAIT in Marketing Administration and Vanguard Pentecostal College in 1984.  He continues his Messianic studies through ongoing Yeshiva courses and leadership tracts through the UMJC, IAMCS and CMJI.  He has two sons and a daughter. 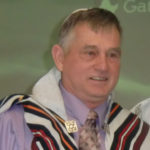 Sidney has been preaching the gospel of Yeshua as the Messiah for 50 years.  Sidney and Linda have been in the planting of Messianic Jewish congregations for 25 years and have founded 3 congregations. One in the US, one in Israel and one in Canada.  They lived in Israel for 18 years and were forced to leave by the government.  While in Israel they ministered to Jews, Chinese, Romanians, Polish and Bulgarians from these efforts they have seen over 800 people come to faith in Messiah in Israel.  After returning to Canada in 2007 they have founded the Joyful House of Prayer congregation in Lethbridge, Alberta.  They also travel to Ethiopia and Zimbabwe with Jewish Voice Ministries and through this outreach have seen more that 100 people come to faith in Messiah Yeshua and about the same number of manifest healings.

This course was offered in-person at Beth Shechinah, Calgary, in November 2015.