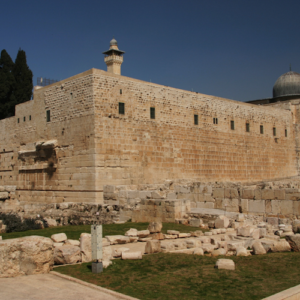 To understand events happening today, in regards to the State of Israel, and the complexities revolving around her function and place in this world (i.e. conflict, political sphere, religiously centric nature, God’s plan and covenant with the Jewish people, etc.) one must look back in history to be able to grapple with and explain what they see today and understand what is to come. Yet ultimately, this entire pursuit is not about Israel or us, for that matter, it is primarily about God, understanding who He is, what His plans are, why He chose Israel, and what He is doing through Israel and to the ends of the earth. He chose Israel not because of their numbers or strength (Deut. 7:7-9), but because of His commitment and promise to Abraham and how He reaffirmed His oath with Isaac and Jacob. Through Abraham, all nations of the earth would be blessed (Gen. 12:3). God would be faithful to Israel out of concern for His Holy Name (Ezekiel 36:21-38) and the nations would take notice of His promises (Isaiah 11:12).

This course will prove to be a significant blessing to you both academically and spiritually. We will be studying the history of Israel and the Jewish people from the First Jewish Revolt (66-73 C.E.) to present day. Therefore, it is an exploration of ancient to modern which will encapsulate how God has worked through His covenant people, Israel, and the historical events which impacted the Jewish people throughout the centuries.

We will explore subjects such as: the Jewish revolts against Rome, the rise of Rabbinic Judaism, Christianity and its impact on the Jewish people, Christian anti-Semitism, the Medieval Church, the birth and conquests of Islam, Mohammad, Islamic theology and eschatology, the events which transpired towards the creation of the modern State of Israel in 1948 and challenges which Israel faces today. We will look at how these events and many to come, were foretold by the prophets of Israel 2700 years ago and how they bear a vital importance in our ever-changing world today leading up to the return of Yeshua.

We will also study the lives of certain influential Gentile Christians throughout history who believed in God’s promises to Israel and therefore changed the world. We will wrestle with key issues revolving around Israel today and grapple with the reality of what Israel faces, discussing modern anti-Semitism and global accusations against Israel which attempt to demonize, dehumanize, and delegitimize the only Jewish state in the world. More importantly, in understanding Israel through the ages, we draw closer to the Word of God, His purposes in this world through the Church and Israel, as well as understanding Hebraic Roots and the essence of covenant, which is the heart of God.

This course will examine twelve crucial subjects (see below) related to historical Israel, ancient and modern, and how these events affected the Jewish people. 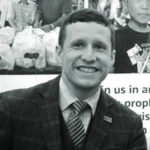 Rev. Peter Fast is the National Development Director with Bridges for Peace Canada, having returned with his family from volunteering with Bridges for Peace in Israel for over three years. Peter holds a BA degree in Biblical Studies and a BA in Intercultural Studies from Prairie College. He has completed an MA in Judeo-Christian Studies at Masters International University of Divinity. Peter teaches on subjects such as: Hebraic Roots, Historical and Modern Israel. Peter is also an accomplished author or two historical-fiction novels: 164 B.C. A War of the Jews and 70 A.D. A War of the Jews.